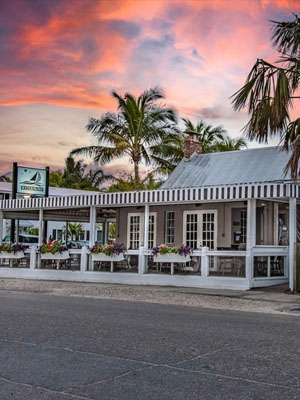 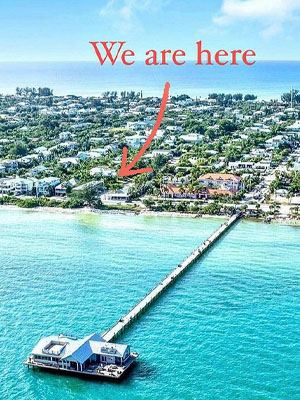 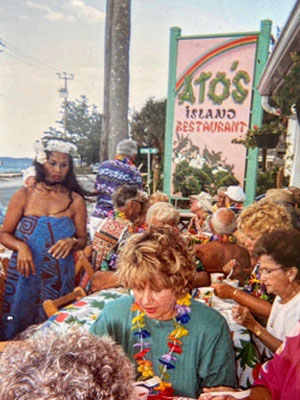 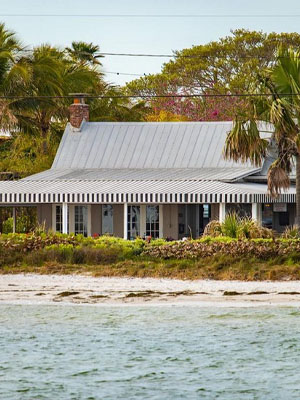 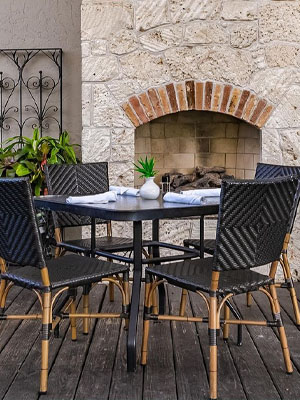 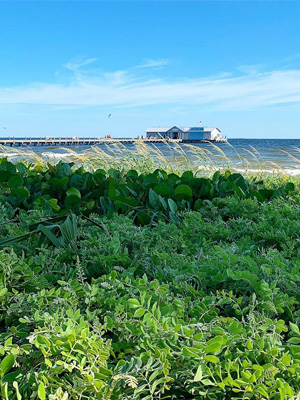 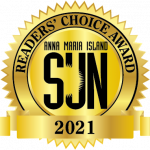 THE HISTORY OF THE WATERFRONT

Built in 1922, the cottage was one of the original homes on Anna Maria Island. At that time, and for many years after, it was referred to as “Lorraine Cottage”, Lorraine being the name of the builders’ daughter. The main room of the cottage had wood panel walls recovered from the inside of an old ship and a fireplace made of stone and brick, just as you see it today. Most interestingly, a wagon wheel was used as the masonry support in building the fireplace, giving it its unusual circular pattern. The cottage remained a seasonal home for many decades, with several additions being made as ownership changed hands.


In the 1970’s the cottage got its first commercial use as an art gallery. The next decade, it was reimagined as an ice cream parlor known as Candy Cane’s, well-known for its player-piano. The cottage then became Ato’s, a family-owned Polynesian style restaurant serving breakfast and lunch. In 1999, an English couple took ownership and rebranded the restaurant under the name you know as today, The Waterfront.


The Suzor family purchased The Waterfront Restaurant in 2002, and they continue to proudly own and operate it today. Tragically, in the early hours of March 18th, 2004, most of the original cottage was destroyed by a fire. Only the original fireplace and back building could be salvaged. These remaining fixtures played an important role in the new construction, as the restaurant was designed with Lorraine Cottage in mind. Nineteen months later, in October of 2005, The Waterfront Restaurant reopened with much of the original staff and management.

Review Us. They're  Good!

Welcome to The Waterfront Restaurant on Anna Maria Island. We would like to share with you more than an outstanding dining experience; we invite you to escape to a simpler time – tropical, laid-back Florida the way it used to be.

Lush foliage, warm wood paneling, an elegant micro-brew and wine bar, and expansive open air patio views of the emerald green waters of Tampa bay provide the perfect atmosphere for enjoying the island charm of Anna Maria, recharging in the refreshing gulf breezes, and The Waterfront Artist Renderingdining enjoyment that is truly memorable.

Using fresh, natural flavors and favorites many will recognize – picatta, au Poivre, pesto, mojo and others, we also devote one page of our daily menu to rare seasonal items provided by local watermen and special presentations we prepare with cutting edge techniques. Our carefully crafted menu will provide delights for every taste, from the conservative to the more adventurous.

Complete your dining experience with a walk on our sugar-white sand beaches, experience the mystical “green” flash of our magical Gulf sunsets, or simply relax in charming and elegant surroundings. If you live in the area and are dreaming of a vacation, let us take you away to paradise any day of the week. If you’re already on vacation, let us provide you with a few memories you won’t forget. Hoping to share our little corner of paradise with you and yours, Your hosts, Jason and Leah Suzor. 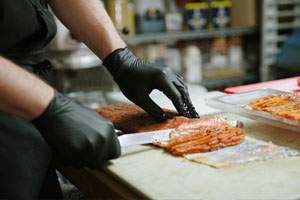 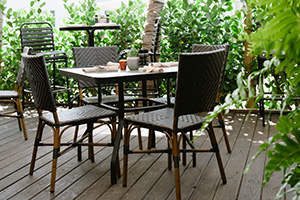 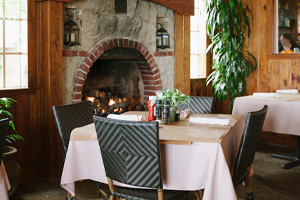 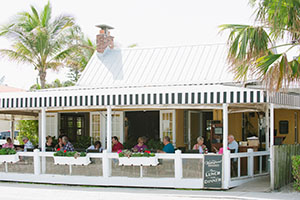 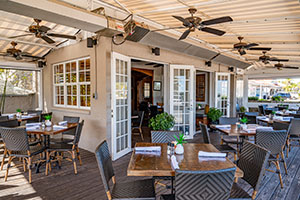 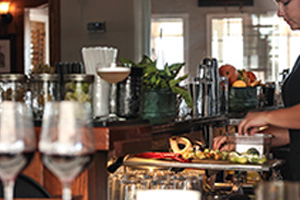 "You Catch We Cook Video"